The Guardian reports the news that 15 candidates in Thailand’s general election have changed their names to either Thaksin or Yingluck – the names of previous Prime Ministers. According to the paper, the tactic is to make candidates memorable to voters in a country where campaign laws are pretty restrictive. 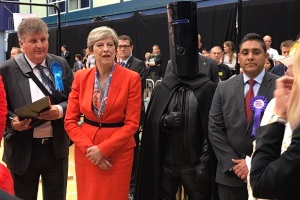 In the UK we have some history of candidates changing their names, although few have tried this particular tactic. Lord Buckethead is one name that appeared on a ballot paper but probably wasn’t on the candidate’s birth certificate.

More controversial was the practice of spoof party names which closely mirrored those of real parties. In the 1994 European Elections, Richard Huggett stood as a Literal Democrat candidate for the Devon and East Plymouth seat, taking more votes than the Conservative Party margin over the Liberal Democrats, leading to a legal challenge by the Liberal Democrat candidate. The subsequent 1998 Registration of Political Parties Act ensured that this sort of thing couldn’t happen again in the future.

In other countries, similar tactics were also used. In the Russian Duma elections of 2003, newly elected President Vladimir Putin faced real challenges to his authority. His United Russia Party needed to win or he ran the risk of being a one term president. The main challengers were the Liberal Democrat Party of Russia (a fiercely nationalist party which, now known simply as LDPR, continues to contest elections under its leader Vladimir Zhirinovsky) and the Communist Party. New parties – Rodina and The Party of Russia’s Rebirth – were created, allegedly aiming to draw votes from both the Liberal Democrats and Communists.