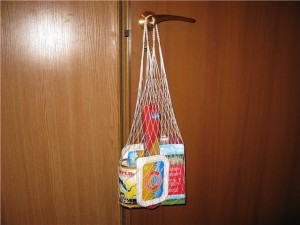 When Russians tell fairy tales, they don’t start with ‘Once upon a time…’ they start with ‘Maybe…’ as in ‘Maybe there was this world where the King had three daughters…’ The word they use for maybe is Avos’ (авось)

During the Cold War, most goods, even many basics, were hard to come by in soviet countries and if you saw a line at a shop then you joined it because there was likely to be something rare at the end of it.

You started each day with the feeling that ‘maybe’ you would see something you needed or was worth buying. So you carried with you a little string bag that was lightweight and folded up to fit in a small coat pocket. This was an Avos’ka (авоська) – a Maybe or Perhaps bag – and carrying it expressed the hope that maybe you would find something to put in it.

Are we due to start coping the Soviet shopper? After the waves of panic buying supermarkets have bare shelves where flour, pasta and beans should be. And while much of our time is spent at home, most of us are still out and about for work or for a bit of exercise. 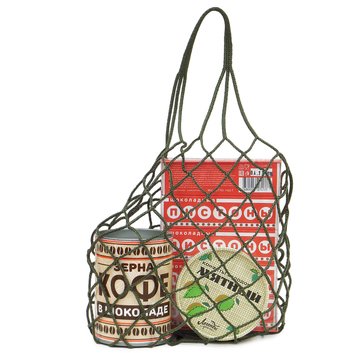 And if you pass a shop, there is the temptation to pop in just to see if they have something you have been missing for ages. You aren’t setting out to go shopping – but you aren’t going to miss the opportunity to buy a rarity if you see it.

The original avos’kas were environmentally friendly because there were no mass produced single use plastic bags in soviet countries at the time. They weren’t exactly beautiful and they were impractical because small things would fall out and everyone could see what you had – which was usually bread, milk or oranges, or the occasional bottle of vodka.

Avos’kas are long gone in the east, but their time might be coming again with the virus and the lack of goods in the shops. And while I can’t see the original string bags making a comeback, I suspect many will start the habit of carrying one of those ubiquitous jute bags, or even a bag for life, folded away for just ‘maybe’.